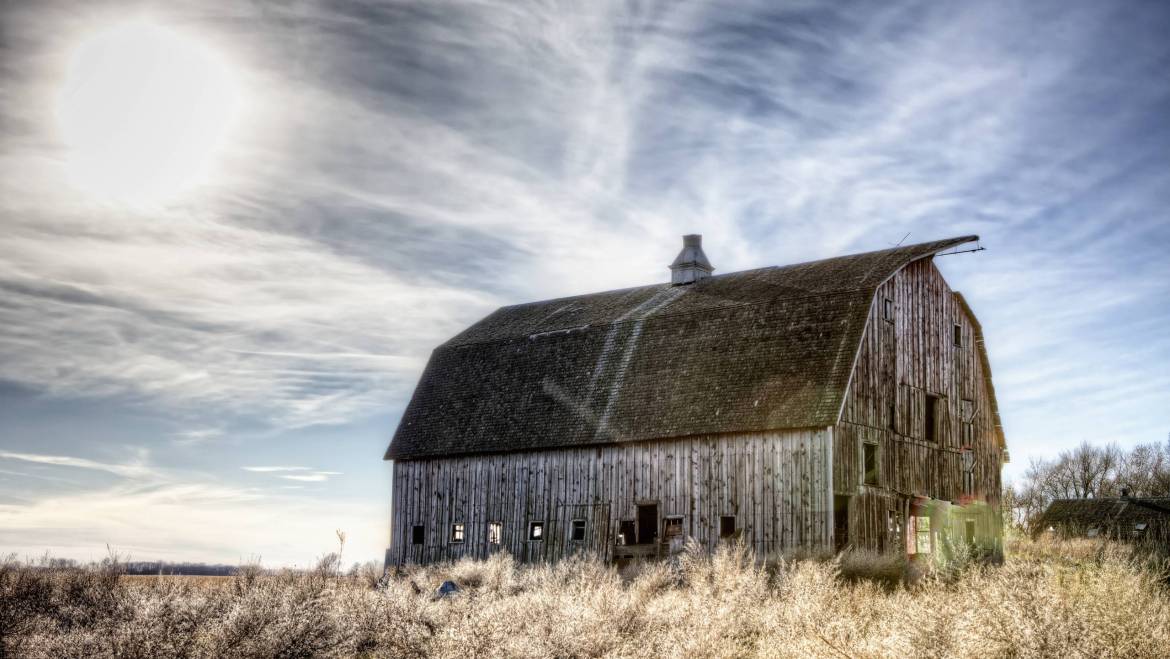 “Barn” or Gambrel roofs are constructed with steep low slopes and more shallow top slopes to maximize the interior space. The term “barn roof” is a term commonly used as shorthand for what is known as a gambrel roof, which has two sloping sections per side. This type of roof is often used for barns because it allows for more space on the upper level than a gable roof, which has the more conventional A-frame design.

A gambrel roof is a variant of the gable roof, having two sloping sections per side with the upper section being less steep than the lower section. This type of roof got its name because its shape was thought to resemble the hind leg of a horse, which was at one time known as a “gambrel.” Gambrel roofs are common to homes built in the Dutch colonial style and for barns. The steep slope of the lower part of a Gambrel roof allows for more vertical space in the attic area of a home (or barn).